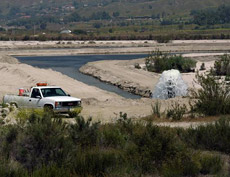 The purpose of this Workgroup is to undertake tasks defined in a Cooperative Agreement among the water recharging agencies to assure that the water quality (Nitrogen and TDS) in groundwater is protected. These tasks include regular reporting on the amount and quality of water recharged, the ambient water quality in each groundwater management zone, and 20 year groundwater flow and quality model projections for each groundwater management zone that is recharged. All reports are provided to the Regional Water Quality Control Board. 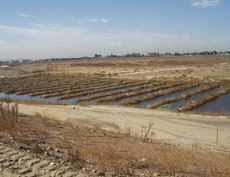 Under the cooperative agreement, the recharging parties have agreed to the following tasks:

Prepare a summary of the amount & quality of imported water recharged in each groundwater management zone during the previous three-year period.

Prepare a report at six-year intervals that provides a projection of ambient water quality in each groundwater management zone for the subsequent 20 years.

An agreement among the following agencies and the RWQCB was executed on July 18, 2009.

On August 29, 2019, Amendment No. 1 to the Cooperative Agreement was executed, which modified the reporting time intervals for the recharge reports and groundwater modeling.

On October 25, 2019 the parties to the Cooperative Agreement agreed to fold the work tasks, to be undertaken by Agreement parties, under the Basin Monitoring Program Task Force, as a subcommittee of the Task Force.

Under SAWPA’s administration, this workgroup meets three to four times per year to coordinate the implementation of required tasks defined under the Cooperative Agreement.

Amendment No.1 to the Imported Water Recharge Cooperative Agreement

Memorandum Of Understanding for Implementing the Cooperative Agreement